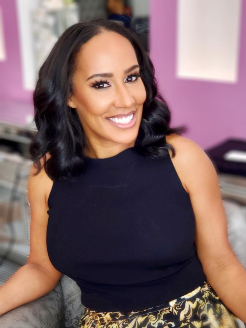 Tanya Sam is a tech savvy businesswoman. Tanya is the Director of Partnerships at TechSquare Labs, a technology startup hub and venture capital fund. Since 2016, TechSquare Labs has invested in over 30 companies and those companies have raised over $300 million dollars in venture capital and generated over $100 million dollars in revenue. Tanya earned a Bachelor of Science in Genetics and Cell Biology from McGill University and a Bachelor of Science in Nursing from The University of Toronto. She has practiced nursing for over a decade in some of the top oncology hospitals in Toronto, New York and Atlanta including Princess Margaret Hospital, Northside Hospital, and New York Presbyterian. She is a fashionista, an avid runner, workout queen, spin-cyclist, traveler, foodie and bibliophile. She also appears on the Real Housewives of Atlanta.
@ItsTanyaSam