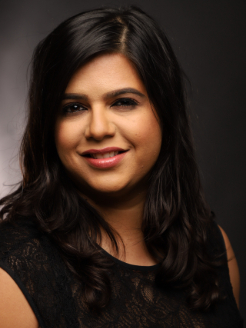 Nida Khan is an independent journalist and producer who has worked in print, radio and TV. In addition to the Huffington Post, her work has appeared in such diverse outlets as The New York Daily News, i24News Israel, Essence Magazine, The Women’s Media Center, The Associated Press, The Grio, The Source Magazine, Alternet and more. Nida often appears on broadcasts as an expert on issues affecting the Muslim community, as well as international stories in regions such as the Middle East and South Asia. She has been featured on programs on the BBC, i24News Israel, NY1 News, 107.5 WBLS NY, Sirius XM, PIX 11, Arise TV and more. Nida is a member of the production team and an on air personality for 107.5 WBLS’ public affairs program ‘Open Line’ featuring Bob Slade, James Mtume and Bob Pickett.
@NidaKhanNY