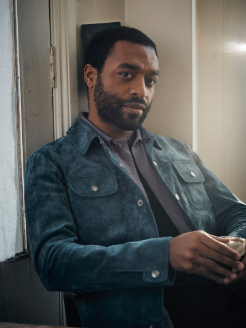 Chiwetel Ejiofor is a British actor and director. After enrolling at the National Youth Theatre in 1995 and attending the London Academy of Music and Dramatic Art, at age 19 and three months into his course, Ejiofor was cast by Steven Spielberg to play a supporting role in the film Amistad (1997) as James Covey. Ejiofor has received numerous awards and nominations for acting, including the BAFTA Orange Rising Star Award in 2006, two Golden Globe Award nominations, and the Laurence Olivier Award for Best Actor for his performance in Othello in 2008. In 2008, he was appointed Officer of the Order of the British Empire by Queen Elizabeth II for services to the arts. He was elevated to Commander of the Order of the British Empire in the 2015 Birthday Honours.