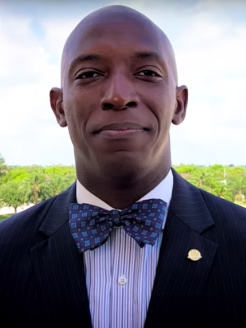 Wayne Messam is the Democratic mayor of Miramar, Florida. He announced he was forming an exploratory committee to run for president of the United States on March 13, 2019. The focus of Messam’s campaign will be canceling $1.5 trillion in student debt, according to an aide. Messam has served as mayor of Miramar, a city with 150,000 people, since 2015. He was previously elected to the City of Miramar Commission in March 2011.
@WayneMessam