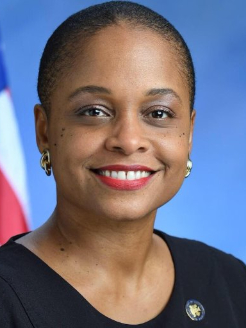 Tremaine S. Wright was elected to the New York State Assembly on November 8, 2016. She serves the 56th Assembly District of Brooklyn, NY which represents the Bedford-Stuyvesant and Northern Crown Heights neighborhoods. Tremaine is a Brooklyn native who still lives on the same block where her grandparents raised their family. She is a graduate of Duke University and the University of Chicago Law School. She has practiced law at Brooklyn Legal Services and private law firms. Through pro bono work, she has assisted incarcerated mothers, small-business owners and those facing various spousal, custody and support matters. Tremaine has served on Community Board 3 for more than 12 years and most recently served as the board chairperson.
@AssemblyTWright