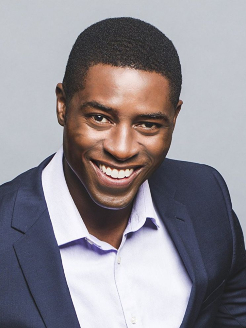 A native of Zimbabwe, actor Tongayi Chirisa actually began to sign for Hollywood roles at the age of 25 while still enrolled as a student at the AFDA school of film and live performance in South Africa. By that point, Chirisa had already racked up a formidable series of dramatic assignments (and related awards) in and around Johannesburg, including prominent roles in the locally produced theatrical features Mr. Bones 2 and Tanyaradzwa, and an ongoing turn as Detective Trevor Davies on the soap opera Studio 263. Chirisa made his Hollywood debut as Man Friday in Crusoe, the 2008 NBC miniseries adaptation of Daniel Defoe’s novel Robinson Crusoe.
@TongayiChirisa