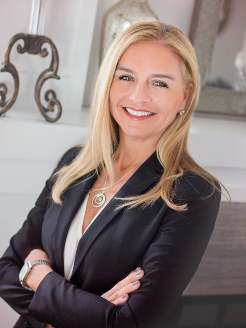 Tina Anderson is the co-founder of Just Thrive Probiotic & Antioxidant with her husband Billy. Throughout the years, Tina and Billy found themselves living an increasingly natural and holistic lifestyle. They found themselves avoiding antibiotics for both themselves and their three children, eliminating over-the-counter medications, living an active lifestyle and eating more whole, real foods. They began focusing on living a healthy, well-balanced lifestyle in order to stay healthy and prevent illness, rather than treating an illness as is done in the pharmaceutical industry. During their quest, they discovered how incredibly important gut health is to overall health, and they discovered that an imbalance in the gut leads to the majority of diseases and illness out there. Tina and Billy also learned that, in order to rebalance your gut, you need to take a daily probiotic that actually works, meaning the friendly bacteria (probiotics) win out the every day battle over the bad bacteria. Unfortunately, they quickly discovered that the majority of probiotics on the market simply aren’t working AND they are not natural. They sought out to find a probiotic that was nature’s true probiotic and found it in strains that are now used in Just Thrive® Probiotic.
@JustThriveHlth