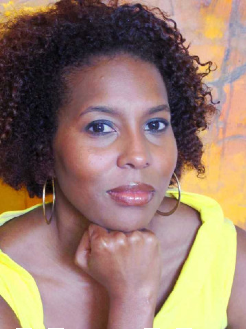 Salamishah Tillett is an activist, scholar, and writer. She is currently the Henry Rutgers Professor of African American Studies and Creative Writing, the founding director of the New Arts Justice Initiative housed in Express Newark, and the associate director of the Clement A. Price Institute on Ethnicity, Culture, and the Modern Experience at Rutgers University–Newark. Prior, Tillet was the Robert S. Blank Presidential Associate Professor of English and Africana Studies at the University of Pennsylvania, where she was awarded the Edmund J. and Louise W. Kahn Award for Distinguished Teaching by an Assistant Professor in 2010. Tillet was also an associate fellow for the Center of African American Studies at Princeton University and the Du Bois-Mandela-Rodney Postdoctoral Fellow for the Center for Afro-American and African Studies at the University of Michigan. In 2003, Salamishah and her sister Scheherazade Tillet co-founded A Long Walk Home, a Chicago-based national non-profit that uses art to empower young people to end violence against girls and women. Tillet is also a freelance writer for culture and opinion at the New York Times.
@Salamishah