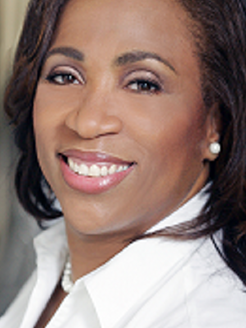 Sabrina has been featured on BET’s Bishop TD Jakes program. She was the co-host of the highly-rated “Week In Review” on WRKS-FM and has contributed to “The Wake-Up Club”. She has been an engaging, regular panelist on BET’s “Meet The Faith” and “Tonight with Ed Gordon”. She also regularly contributes on “Open Line” and has been featured on the “Wake-Up Club” on WRKS-FM. Sabrina has hosted a C-Span program, “The Long Rise and Hard Fall of Black Radio”. She also co-hosted “The Morning Show” on 1600 WWRL (Air America) in New York City, interviewing cultural figures to government officials. Sabrina broke major stories, which attracted widespread international media. Within minutes of his release from prison, Reverend Al Sharpton gave Sabrina his first interview, after serving nearly three months of prison time for protesting U.S. naval bombing exercises on Vieques, a Puerto Rican island. In addition, Sabrina broke the story of Phylicia Moore, the black teen who died during a school trip to Ghana. As result of Sabrina’s dogged research and coverage on WRKS-FM, an investigation into Phylicia’s death was launched, attracting international coverage resulting in Phylicia’s Law, a bill requiring public schools to have safety plans and security procedures in place for school-run, overnight, off-premises field trips.
@SabrinaLamb