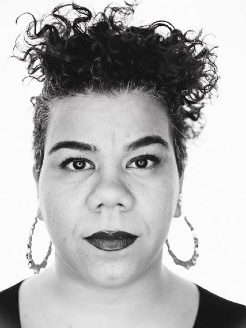 Rosa Alicia Clemente is a Black-Puerto Rican woman born and raised in the Bronx, NY. She is an organizer, producer, independent journalist and scholar-activist. Rosa was the first ever Afro-Latina woman to run for Vice-President of the United States in 2008 on the Green Party ticket. She is a frequent guest on television, radio and online media, as her opinions on critical current events are widely sought after. As president of Know Thy Self Productions, she has produced several major community activism tours over the last 20 years. As a co-founder and national coordinator of the first ever National Hip-Hop Political Convention in 2003, Rosa helped bring together more than 3000 activists to create and implement a national political agenda for the Hip-Hop generation. She also co-founded the REACH Hip-Hop Coalition, a Hip-Hop generation-based media justice organization.
@RosaClemente