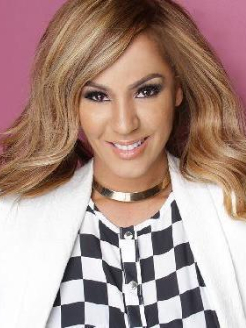 Nikki Chu has always had a passion to design since childhood. After realizing her love for the Arts, Nikki attended a specialized design school called International Academy of Design. Having accomplished so much at a young age, and driven to succeed, it was only natural that Nikki embarked into a much more competitive marketplace – Los Angeles. There, her Interior Design and television journey began straight to the top for stars such as Tyra Banks, Nick Cannon, Lisa Leslie and Gabrielle Union. Since then, the celebrity designer has built and developed her own brand. A home line; consisting of fashion bedding, basic bedding, pillows, rugs, throws, paint, wall art, and decorative accents. She has also, had her interiors photographed by Instyle & People magazine, and was called upon to design Sasha and Malia Obama’s “model” White House bedroom for an on-air special with Access Hollywood after the President was elected. Nikki has also appeared on several networks such as; VH1, HGTV, Fine Living, Oxygen, Local New Stations, Lifetime, and E! Entertainment as their go-to expert for design.
@LoveNikkiChu