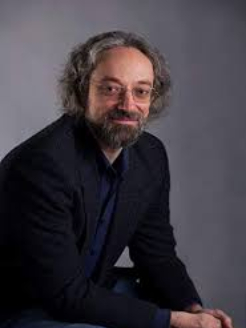 Matthew Stanley teaches and researches the history and philosophy of science. He holds degrees in astronomy, religion, physics, and the history of science and is interested in the connections between science and the wider culture. He is the author of Einstein’s War: How Relativity Triumphed Amid the Vicious Nationalism of World War I (Dutton, 2019), the story of how pacifism and friendship led to a scientific revolution. He has also written Practical Mystic: Religion, Science, and A. S. Eddington (Chicago 2007) and Huxley’s Church and Maxwell’s Demon (Chicago 2014), which explore the complex relationships between science and religion in history. His current project is a history of scientific predictions of the end of the world. Stanley has also worked with a nationwide National Science Foundation-funded effort to use the humanities to improve science education in the college classroom. He has held fellowships at the Institute for Advanced Study, the British Academy, and the Max Planck Institute. He currently runs the New York City History of Science Working Group. In his spare time, he co-hosts the science podcast What the If? Stanley was awarded the 2019 NYU Distinguished Teaching Award and the 2014-2015 Gallatin Dean’s Award for Excellence in Teaching.