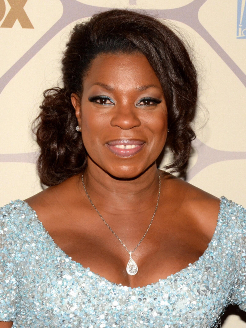 Born in Trinidad, Toussaint and her mother moved to Brooklyn, NY, where she was raised, when she was ten years old. Growing up, she watched a lot of television while she waited for her mother to return from work and this sparked her interest in acting. Toussaint begged her mother to enroll her in acting school and her search lead to her studying theater at New York’s renowned High School of Performing Arts. After graduation, she enrolled herself at the Juilliard School’s drama division where she graduated with a Bachelors of Fine Arts degree. On her graduation day, she landed her first paying job as Lady Macbeth with “Shakespeare & Company.” Among Toussaint’s TV credits were recurring roles on several popular television shows such as NBC’s drama series “Friday Night Lights,” TNT’s “Saving Grace,” “Law & Order,” and ABC’s hit “ugly Betty.” She has also had several guest appearances on the hit television shows “CSI: Crime Investigation,” “Grey’s Anatomy,” and opposite Kerry Washington on drama thriller “Scandal.”
@LPToussaint