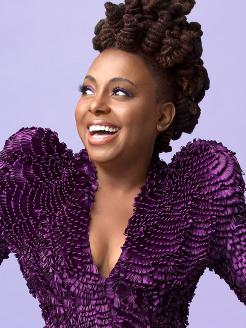 Ledisi is a twelve time Grammy nominated powerhouse vocalist with a career spanning almost two decades. Since arriving on the scene in the late 1990’s, she’s garnered three Soul Train Music awards, an NAACP Theater Award and 6 NAACP Image Award nominations. Utilizing and developing her versatile skills as a singer/ songwriter, music producer, author, playwright, film producer and now CEO of her record label Listen Back Entertainment/BMG. Ledisi is excited about launching several exciting projects in the near future. When you speak of women in entertainment Ledisi is on her way to becoming a crucial part of that conversation.
@Ledisi