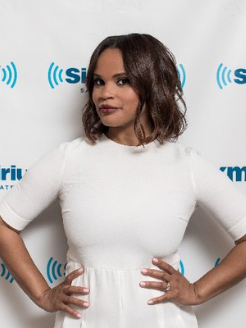 Laura Coates is a well-respected attorney, commentator, law Professor, author, and radio talk show host. A native of Saint Paul, Minnesota, Laura graduated from Princeton University’s Woodrow Wilson School of Public and International Affairs and the University of Minnesota Law School before beginning her legal career in private practice. She practiced law in Minnesota and New York handling cases ranging from intellectual property litigation and First Amendment issues to Defamation and Media law.  Called to public service, she transitioned from private practice to the United States Department of Justice, thriving as a federal prosecutor. She served as a Trial Attorney in the Civil Rights Division of the Department of Justice during the Bush and Obama administrations, specializing in the enforcement of voting rights throughout the country.  She also served as an Assistant United States Attorney for the District of Columbia, prosecuting a myriad of violent felony offenses including drug trafficking, armed offenses, domestic violence, child abuse and sexual assault. She is also the host of the Laura Coates show on SiriusXM Urban View and a CNN Legal Analyst.
@TheLauraCoates