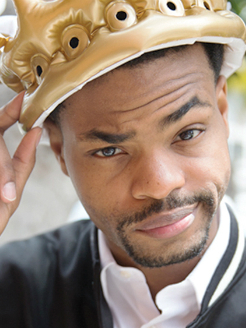 [Internet Personality]
Over the last few years Andrew Bachelor, better known by “King Bach,” has quickly parlayed being one of the most influential names on the internet (with a total following 45 million fans and growing) to being an in-demand actor, producer, and content creator. Andrew’s hilarious brand of comedy has spawned national catch phrases, captured a global audience, and has launched him into the entertainment industry as a bonafide “one to watch.” First, Andrew can be seen starring in Lionsgate’s upcoming comedy feature film “Where’s the Money” opposite Kat Graham, Terry Crews, Retta, Mike Epps, and Method Man. The film follows Del (Bachelor), a quick witted young man from the streets of South Central who must rush a lily-white USC fraternity to recover a stash of stolen money. Andrew also served as Executive Producer, on the project.
How I Got My Name
@KingBach