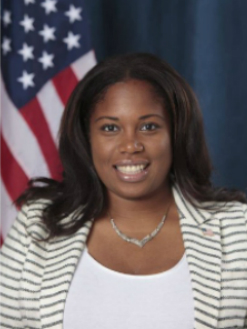 [Assemblywoman for NY-11]
Assemblywoman Kimberly Jean-Pierre was elected in the 2014 General Election, succeeding Assemblyman Bob Sweeney after he served the 11th Assembly District for 26 years. She is the daughter of parents who migrated from Haiti to the United States. She attended Brooklyn College, and earned her Bachelor of Fine Arts in Creative Writing in 2005. In pursuit of her master’s degree she attended Stony Brook University, earning her Master of Science in Public Policy in 2007. She currently sits on the Economic Development Committee, Mental Health Committee, Local Government Committee, Children and Families Committee, Transportation Committee and Banks Committee. She is also part of the Black, Puerto Rican, Hispanic and Asian Legislative Caucus. Jean-Pierre has a passion for working with people by utilizing her interpersonal skills which has proven she gets things done.
Improving Education