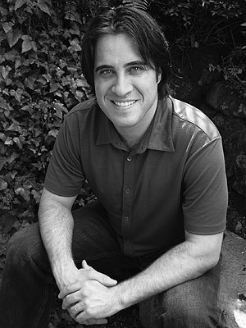 [Author & Screenwriter]
Jason Starr is the international bestselling author of many crime novels and thrillers, including SAVAGE LANE, and FUGITIVE RED (coming in November, 2018). Starr’s other novels are COLD CALLER, NOTHING PERSONAL, FAKE I.D., HARD FEELINGS, TOUGH LUCK, TWISTED CITY, LIGHTS OUT, THE FOLLOWER, PANIC ATTACK, THE PACK, THE CRAVING. He has won the Anthony Award twice, as well as the Barry Award, and his books are published in more than a dozen languages. He has also co-written four novels with Ken Bruen–BUST, SLIDE, THE MAX and PIMP, and he co-edited BLOODLINES, an anthology of horse racing stories for Vintage Books. He has written comics and graphic novels for Vertigo (THE CHILL), DC (Batman, Doc Savage, Sand, The Avenger, Boom (The Returning), and Marvel (The Punisher, Wolverine Max, and the original novel Ant-Man Natural Enemy). He also writes the official Gotham novels, based on the hit FOX TV show.
Writing Style & His Latest Book