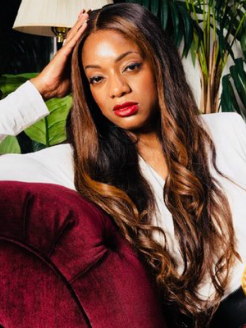 Jamila T. Davis, born and raised in Jamaica Queens, New York, is an author, motivational speaker and a television personality. She is also a co-founder of WomenOverIncarcerated.org, an advocacy group created to shed light on the lengthy sentences of non-violent, female federal offenders and to rally for sentencing reform. As a former real estate investor and Hip-Hop Music & Professional Sports Celebrity Advisor, Davis is no stranger to triumphs and defeats. From a self-made, multi-millionaire at age 25, her life took a tragic twist. For the past nine years, she was known as federal prisoner #59253-053, sentenced to 12 1/2 years for bank fraud. While incarcerated Davis received numerous college degrees, including her Associates in Psychology, Bachelors in Christian Education and Masters in African American Ministry. She is currently enrolled in a PHD program. In June 2017, Davis completed her prison sentence. Upon her release she published the “Pink Panther Clique, an urban fiction book written with Aisha Hall and Sunshine Smith-Williams. Both co-authors were formerly incarcerated with Davis. Behind bars they collaborated with New York Times Best Selling Author, Wahida Clark, who assisted them in publishing their book. Their collaboration ultimately spearheaded a movement helping to shed light on the epidemic of women in prison and the lengthy sentences many are serving for non-violent crimes.
@JamilaTDavis