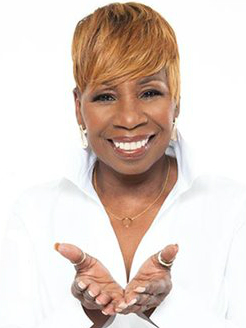 Iyanla Vanzant is an inspirational speaker, lawyer, New Thought spiritual teacher, author, life coach and television personality. She is known primarily for her books, her eponymous talk show, and her appearances on The Oprah Winfrey Show. She can currently be seen on television as the host of Iyanla: Fix My Life, and as a frequently featured guest teacher of Oprah’s Lifeclass on OWN: Oprah Winfrey Network.
@IyanlaVanzant