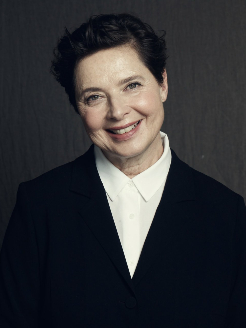 Isabella Rossellini is an Italian-American actress, author, philanthropist, and former model. The daughter of the Swedish actress Ingrid Bergman and the Italian film director Roberto Rossellini, she is noted for her successful tenure as a Lancôme model, and for her roles in films such as Blue Velvet (1986) and Death Becomes Her (1992). Rossellini received a Golden Globe Award nomination for her performance in Crime of the Century (1996).