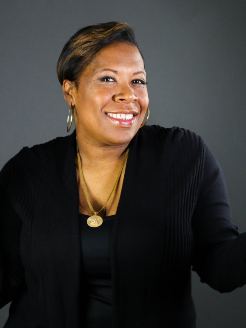 From February 16 to May 18, 1992, Heather B. filmed The Real World: New York, the first season of MTV’s reality television series, The Real World, on which she appeared as a cast member. The series premiered May 21 that year. On the show, she was depicted as a hip-hop artist with the group Boogie Down Productions, on the verge of getting her big career break. During the season, she is seen recording her album, The System Sucks. Heather is now the co-host of ‘Sway in the Morning’ on SiriusXM Shade45, the host of ‘The Happy Hour’ on SiriusXM Fly, and the host of ‘Heather B. Live’ on SiriusXM Urban View.
@TheHappyHourwHB