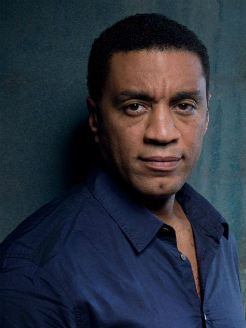 Harry Lennix is an accomplished film, television and stage actor who was born and raised in Chicago, IL’s South Shore neighborhood. Growing up Harry, the youngest of four children, was active in his local Catholic Church as an altar boy. Harry decided at a young age that he wanted to become a Dominican Priest, but not just any priest; Harry wanted to be the first black Pope. Harry studied at an all-boys catholic school, Harry saw an opportunity to interact with the neighborhood girls by signing up to perform in the local play. Little Harry exhibited natural acting talent and was a big hit with local audiences. Now hooked on performing, Harry turned his sights to acting as a career. Post-university, Harry continued to act while working as an English and music teacher in the Chicago public schools. Harry scored his firm film role in “The Package” in 1989 and his second film with the perennial favorite “The Five Heartbeats” in 1991. With this momentum, Harry moved to Los Angeles where he has enjoyed a distinguished career as a working actor on the big and small screens as well as on stage.
@HarryJLennix