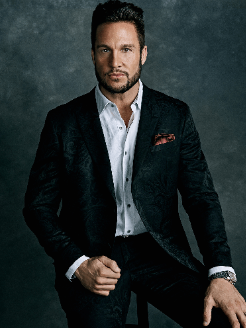 Approximately ten years ago, Garren James put everything into an idea he came up with when his then-girlfriend showed him the rope of her business, one of the largest female escort services. It was during this experience, he noticed an untapped market within the entertainment and escort industries: a straight male escort agency exclusively for female clientele. After extensive research, Garren learned there were no other agencies like the one he envisioned, in the United States, specifically a service which would truly cater to the female clientele: what is important to her, how she feels, what makes her happy, all the while remaining true to his desire to create a company which honored a woman’s choice to be treated with respect, care and most of all to have fun! One decade later, Garren is the owner of the world’s largest straight male escort agency, Cowboys 4 Angels, and the insurmountable success which blossomed from that fateful idea years ago, continues to pleasantly surprise him.
When He Hit Rock Bottom
@Garren_James