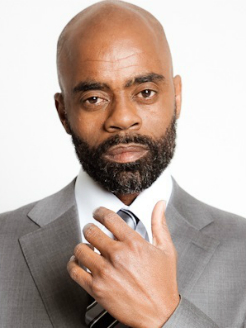 “Freeway” Rick Ross is an author and convicted drug trafficker best known for the drug empire he established in Los Angeles, California, in the early to mid 1980s. He was sentenced to life in prison, though the sentence was shortened on appeal and Ross was released in 2009. Journalist and author Cathy Scott co-wrote Ross’s autobiography with him, released in 2014. The memoir, Freeway Rick Ross: The Untold Autobiography, was released at a book launch with author Scott at the Eso Won Bookstore in Los Angeles on June 17, 2014 to a standing-room only crowd. In June 2015, the book was named as a Foreword Reviews’ 2014 INDIEFAB Book of the Year Award Finalist, True Crime.
Inspiration to Write His Book
@FreewayRicky