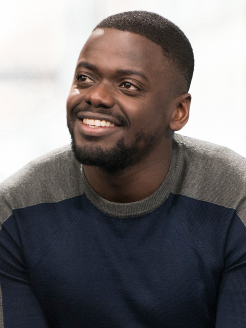 Daniel Kaluuya is a British actor and writer who was nominated for the Academy Award, Golden Globe Award, Screen Actors Guild Award, and BAFTA Award for Best Actor for his leading role as Chris Washington in the 2017 horror film Get Out. In 2018, he won the BAFTA Rising Star Award.