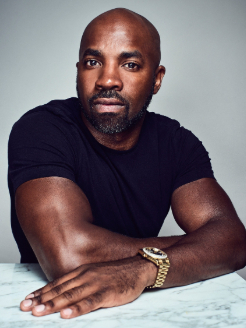 Born and raised in Washington D.C, Chris Wilson grew up under extremely difficult circumstances. Poverty, drug addiction, and gun violence was the everyday norm in his community. At the age of 17, he was charged with a crime, convicted, and sentenced to natural life in prison. It was during times of isolation that he decided to not only to turn his life around, but to make a difference in the lives of people who currently live in poverty-stricken communities similar to his childhood surroundings. While imprisoned, he earned his high school diploma, graduated from all of the vocational shops, earned an Associate of Arts Degree in Sociology, from Anne Arundel Community College and taught himself to speak and write in several foreign languages. He became a mentor, started a career center, book club and after serving 16 years in prison, he has returned to society a changed man.
@ChrisWilsonBalt