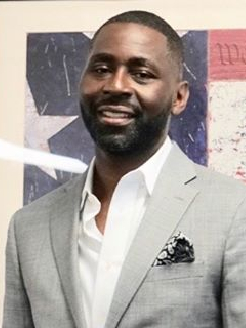 Carlmichael “Stokey” Cannady began trail blazing his career in human services through community initiatives supporting the youth and communities plagued with poverty and crime. Mr. Cannady defines “beating the odds.” As a lifelong resident of Baltimore City, he grew up in the Whitelock and Reservoir Hill neighborhoods and lived with the harsh reality many families face today. Raised by a single mother who battled with a drug addiction, and an absent father, Mr. Cannady lacked guidance through the most impressionable times in his life, which caused him to make choices he was all to familiar with while growing up in Baltimore City. In addition to his unconditional commitment to his community, Mr. Cannady is the President and CEO of “The Stokey Project,” Marketing Executive for Shoe City Brands, Partner to award-winning Artist and Entrepreneur Jay-Z with ROCNATION where he cultivated a music platform reflective of Baltimore and an internationally recognized published author.
@TheStokeyProject