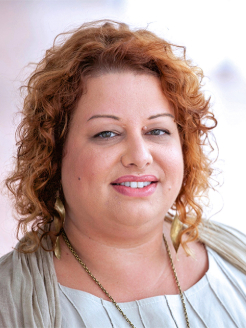 Carla Minet is the Executive Director of the Centro de Periodismo Investigativo, an award-winning, globally recognized investigative journalism collective in Puerto Rico. Minet has been a freelance journalist for publications such as 80 degrees, the CPI, mayaguezsabeamango.com and Diálogo. For six years, she was executive director of the community press organization. She has worked as a researcher and producer of radio, television and Internet, on Channel 6, Radio Universidad, El Nuevo Día, Primera Hora, Univisión and NotiCel. She obtained her baccalaureate from the School of Public Communication of the University of Puerto Rico, and a joint masters in journalism from the University of Barcelona and the University of Columbia in New York.
@CarlaMinetPR