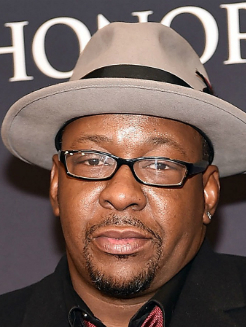 [Musician]
Bobby Brown is a singer, songwriter, dancer and actor. Brown started his career in the R&B and pop group New Edition, from its inception in 1978 until his exit from the group in 1985. Starting a solo career, he enjoyed success with his second album in 1988, Don’t Be Cruel, which spawned a number of hit singles including the self-penned “My Prerogative”, and the Grammy Award-winning “Every Little Step” which became his signature song. Brown had a string of top ten hits on various Billboard charts between 1986 and 1993. Brown is noted as a pioneer of new jack swing, a fusion of hip-hop and R&B. He also starred in films such as A Thin Line Between Love and Hate, and Two Can Play That Game. He returned to New Edition for a reunion album and tour from 1996 to 1997, and returned with all six members for another stint in 2005.
Raising Awareness for Domestic Violence