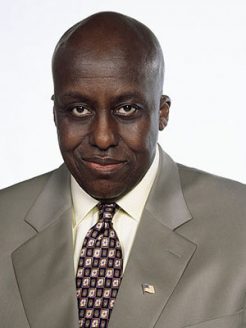 Bill Duke is known for his roles in films like Commando, Predator, and Menace II Society and has guest starred on television series such as Lost, Battlestar Galactica and Cold Case. When Duke isn’t acting, he can be found behind the camera, directing films like The Cemetery Club and Sister Act 2: Back in the Habit. He received a Lifetime Achievement Tribute from the Directors Guild of America, joining the ranks of directors Stephen Spielberg, Alfred Hitchcock and Clint Eastwood.
@RealBillDuke