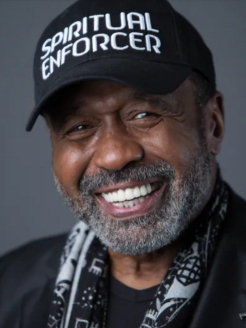 Ben Vereen is an actor, dancer, and singer who has appeared in numerous Broadway theatre shows. Vereen graduated from Manhattan’s High School of Performing Arts. Vereen was nominated for a Tony Award for Jesus Christ Superstar in 1972 and won a Tony for his appearance in Pippin in 1973. Vereen appeared in the Broadway musical Wicked as the Wizard of Oz in 2005. Vereen has also performed in one-man shows and actively lectures on black history and inspirational topics. Vereen has also starred in numerous television programs, and is well known for the role of ‘Chicken’ George Moore in Alex Haley’s landmark TV miniseries Roots, for which he received an Emmy nomination in 1977.
@BenVereen