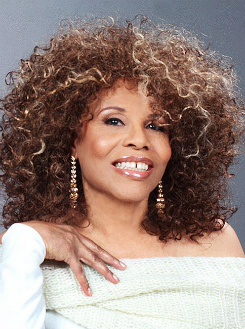 [Musical Artist]
Alfa Anderson is a soul and dance music icon whose voice defines an entire era of popular music. As one of the original lead vocalists in the Rock & Roll Hall of Fame-nominated group, Chic, she helped producers Nile Rodgers and Bernard Edwards build a mountain of gold and platinum albums with hits like “Le Freak,” “Good Times,” and “I Want Your Love.” To the delight of fans all around the world, Alfa’s “soulful, sensitive delivery” (Billboard) takes center stage with the release of From My Heart (2017), her very first full-length solo album.
Becoming a Part of Chic